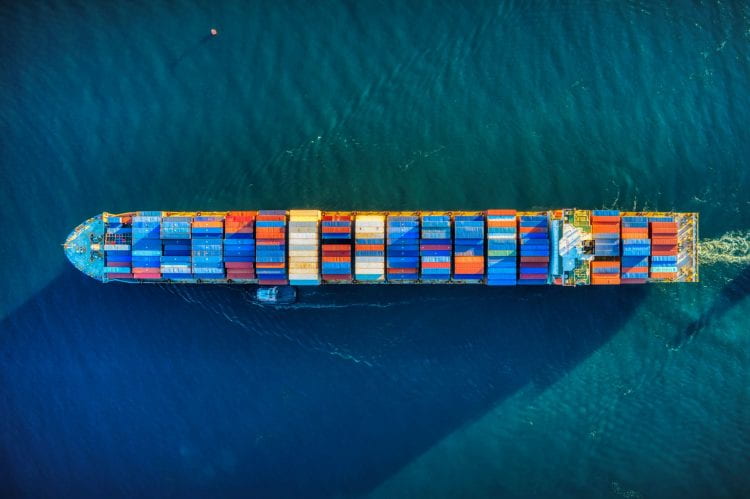 What could be harder to turn around than a 220,000 ton ship measuring nearly a quarter of a mile long?  The education system. The Evergreen however served as a fantastic metaphor.

For six days, the colossal three year-old was stuck. In a stretch of water narrower (985 feet) than the length of the boat (1,312 feet).  Not even a 3-point Austin Powers maneuver back and forth was possible “baby.”

Not What It May Seem

Though the word “Evergreen” is painted on the ship’s side, on its back and bow in smaller letters is its official name, “Ever Given.”  A Taiwanese company called Evergreen Marine is responsible for operating the vessel, though it is registered in Panama.  Further, it is managed by a German ship company, but owned by a Japanese billionaire.

Education, more than a fifth of the way through the 21st century, is also not what it might seem.

Roots of Education and Where We Find Ourselves Today

For most of human existence children educated themselves simply through play and exploration. A scary concept for most today.  Agriculture and the eventual systems of servitude resultant of the Middle Ages may have been what led to the death of children’s free will to organically learn.  In its place, obedience and reverence for lords and masters. The Industrial Revolution further squelched the innate desire to learn, as children were used for labor.  Once industry began to become more automated children were no longer as needed as much and at the advent of the 20th century child reform efforts surfaced. Finally, in 1924 opponents of child labor in the United States sought a constitutional amendment to allow Congress to “limit, regulate, and prohibit the labor of persons under eighteen years of age.” However, “the conservative political climate of the 1920s, together with opposition from some church groups and farm organizations that feared a possible increase of federal power in areas related to children, prevented many states from ratifying it.”  Not until 1938 were child labor laws enacted.

Until Jean Piaget (1896-1980), pedagogical theory envisioned children as merely “empty vessels.” To be kept in line and “filled up.”  A diametric opposite of the very meaning of education. Etymologically, the term “education” derived from the Latin word “educare,” meaning “to bring up, rise, or to nourish.” Or, even more fitting is to consider the Latin “educere,” and its meaning to “to draw out.”

Nourishing and Drawing Out.  Are Schools Doing This Today?

More aptly, are schools whole-heartedly bent on settling for nothing less than a child’s best and allow for personalization?  I would argue we still have many miles of road to pave.  However, traction continues to be gained as educational systems move from compliance to empowerment.  The narrow ideologies of the past may pervade, yet however steeped in “control” they may be, such views are being sabotaged by digitization and connectivity.  Now, a teacher in the virtual world likely contends with YouTube, chat rooms, and possibly even Netflix, for a student’s attention.  “Armed” with pre-determined and trite curriculum, it often feels like a losing battle.  Vying for students’ attention and dumping curriculum on them was not the impetus most teachers got into the profession.

An alternative approach might instead based on respect and trust.  Where the knowledge, skills, and standards checklists become more invitation than imposition. Or, what about the powers of collaboration?  How many educators are trusted, willing, or daring enough to set out to build a sort of kinship with students, where curriculum might be co-created?  A return to a more master and apprentice style; exploration as opposed to inculcation. For an example of how one middle school teacher does this, take a look at the basic structure for a unit design in a post written by Allison Zmuda titled, “A Play-By-Play Strategy for Co-Creating Curriculum with Students.”

The Suez Canal, a slit carved between the Mediterranean and Red Sea, took 10 years to build.  An investment well spent because today it is the preferred path connecting east and west. Ten percent of the world’s trade purportedly flows through these waters. From the 23rd to the 29th of March, the world watched as more than 360 ships were forced to wait.  A behemoth blocked the way. According to Lloyd’s List, a maritime intelligence organization, a total of $9.6 billion worth of cargo was held back each day.  Not until April 3rd did the Suez Canal Authority declare the logjam over and that all waiting ships finally crossed through.  Then, on April 13th, the Evergreen was seized and “Egyptian authorities said they wouldn’t release the massive ship… until its owners agreed to pay up to $1 billion in compensation.”

Are today’s schools similarly being held for ransom?

What is it going to cost to free our brittle, antiquated, and traditional system of education?  Though there is a clinging on to a delivery of knowledge; something seemingly more ubiquitous than even clean water or air, I remind you how the duration of this model, is but a flash in time. A “new normal” if you will. Yet, cracks in the system, like the ones the pandemic is inducing, continue to create a sort of vacuum. The rays of light clear the space for teachers to be more daring and for learners to return to what is instinctual.  Learning which is constructed, not consumed. Actively uploading, as opposed to passively downloading.

Nothing New or Particularly Earth-Shattering

The late Sir Ken Robinson was turning heads 14 years ago, claiming how schools actually squash creativity. Further, in a visit of over 200 schools, Ted Dintersmith shared his observations in a book called, “What Schools Could Be.” Further, for specific schools standing out in the field, you may want to take a look at Getting Smart’s list of “Middle and High Schools Worth Visiting.”  Here you will see project-based learning, personalization, purpose, and a variety of other “ingredients” necessary to “unstuck” education.

The stuck container ship is in fact a fitting metaphor for the education system. A difficult system to turn. One that still is wedged.  However, I like to think progress is being made, even if  transformation has not freed the “ship.” Marketer and author Seth Godin says it best, “Most difficult, quite rare and precious is the idea of transformation.”  The idea is there! Allies and advocates alike, we are tugboats.  Please stay the course, because your pushing and pulling is critical.